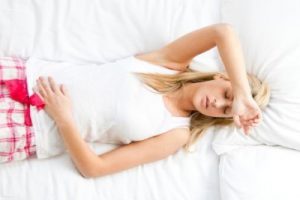 In today’s world, a good night’s sleep has become somewhat of a luxury. It has fallen on our list of priorities behind work, chores, social time, and entertainment. Functioning on less sleep has even become badge of honor. We brag to our friends, how little sleep we got last night, like it’s something to be proud of. But sleep should become our top priority. It’s a vital part of life as important to your physical and mental health as food and water.

One of the biggest problems with lack of sleep is that people don’t even know they are deprived. Studies show that over time, people who are getting five hours of sleep, instead of seven or eight, begin to feel that they have adapted and got used to this pattern. If you look closely at how they do on tests of mental alertness and performance, they are functioning on a sub-par level. Stimulants like caffeine also aren’t enough to override your body’s profound need for sleep. Let’s look at some side effects that you’ll have to deal with when being sleep deprived:

1.)  It makes you dumb. Sleep plays a critical role in thinking and learning. Lack of sleep hurts these cognitive processes in many ways. It impairs attention, alertness, concentration, reasoning, and problem solving. This makes it more difficult to learn efficiently. During the night, your brain is busy processing information from the day and forming memories. If you are sleep deprived, your ability to learn and retain new information may be impaired. This may not be news to anyone who has pulled an all-nighter, cramming for a test only to find the facts and figures they knew at 2 a. m. could not be recalled the next day. To put it simply, without adequate sleep, your brain has a harder time absorbing and recalling new information.

2.)  You’ll gain weight. Remarkably; sleep loss may also be a contributing factor to obesity. Firstly, it makes you too tired to get enough exercise. Secondly, you’re more inclined to overeat, as it affects two hormones that control your hunger: ghrelin and leptin. Ghrelin signals your brain that it’s time to eat. When you’re sleep deprived, your body makes more ghrelin. Leptin, on the other hand, cues your brain to put the fork down. When you’re not getting enough sleep, leptin levels plummet, signaling your brain to eat more food. Put the two together, and it’s no wonder sleep deprivation leads to overeating and extra pounds. In fact, sleep-deprived participants in one study, ate an average of 300 calories more per day. Plus, when you’re deficient, your brain’s reward center lights up, looking for something that feels good. So, while you might be able to avoid food cravings when you’re well rested, your sleep deprived brain may have trouble saying no to a second slice of cake.

3.)  It’s like being drunk. Lack of sleep dulls activity in the brain’s frontal lobe, which involves motor function and problem solving. Your reaction time is slower and you don’t have the mental clarity to make the best decisions. So, it’s a little like being drunk. A national survey revealed that 60 percent of adult drivers say they have driven a vehicle while feeling drowsy. And more than one third have fallen asleep at the wheel. Unfortunately, many of these situations end in tragedy. It’s estimated that rest deprived driving is responsible for a full 20 percent of all vehicle crashes. That would mean it causes approximately 1 million crashes each year in the U. S., eight thousand of which are fatal. So, think twice before hopping behind the wheel, when you know you didn’t get enough sleep.

4.)  You might die early. Reduced sleep time is a greater mortality risk than high blood pressure, heart disease and even smoking. In one meta-analysis they discovered that people who slept for less than six hours each night, were 12 percent more likely to die prematurely, than those who slept the recommended six to eight hours. The team analyzed 16 studies involving a total of 1. 3 million people before reaching their conclusions. While you’re asleep, your body takes care of all the regenerative jobs needed to keep it healthy. Without sleep, this regeneration process isn’t completed. What suffers is your immune system. If you’re not sleeping properly there can be significant issues in terms of your body’s ability to fight off infections. Our immune system is designed to protect us from colds, flu, and other diseases, but when it is not functioning properly, it fails to do its job. That makes you more likely to get sick and stay sick, or have a slow healing time for any injuries you may have.