Why Good Nutrition Is Important To Your Recovery

Alcohol Abuse Is More Complicated (And Dangerous) Than You May Think… 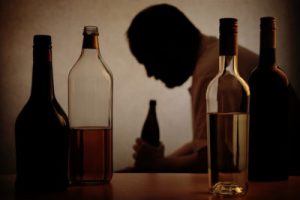 Alcohol is one of the most widely used (and abused) psychoactive substances in the world, and has been a part of different cultures for hundreds of years. Drinking alcohol can have serious harmful consequences, it’s been linked to various cancers, gastrointestinal diseases, and metabolic problems. Over time, regular use of alcohol can lead to alcohol dependence and bouts of withdrawal, and this can take a serious physical and emotional toll on a person’s life. Alcoholic drinks contain the chemical ethanol, which is a tiny molecule that reduces the activity of various inhibitory and excitatory neurotransmitter pathways in the brain. Inhibitory neurotransmitters make neurons in the central nervous system less likely to fire an action potential, and the brain’s major inhibitory neurotransmitter—gamma-aminobutyric acid or GABA—acts as an “off” switch and restricts brain activity. Ethanol is a GABA agonist, so when it binds to GABA receptors it makes that inhibitory signal even stronger.

Ethanol also activates opioid receptors and induces the release of endogenous morphine—known as endorphins. The opioids then bind to receptors on dopaminergic neurons in the nucleus accumbens, which trigger the release of dopamine and serotonin in that part of the brain. Ethanol also acts as a glutamate antagonist. In other words, ethanol blocks glutamate, which is an excitatory neurotransmitter, from binding to glutamate receptors, making it less likely that those neurons will fire. The combined effect that ethanol has on these neurotransmitters varies by the location in the brain. For example, in the nucleus accumbens and the amygdala, which are the reward centers of the brain, ethanol produces pleasant or rewarding feelings like euphoria. This is important because if a person believes that drinking leads to euphoria, they are more likely to drink again. In the cerebral cortex, the thought-processing center of the brain, ethanol slows everything down, making it difficult to think and speak clearly.

Ethanol also slows behavioral inhibition centers like the prefrontal cortex, making people feel more relaxed and less self-conscious. In the cerebellum, the area responsible for movement and balance, ethanol causes individuals to lose their coordination, making it harder to walk or do complex tasks like driving. Ethanol also affects the hypothalamus and pituitary glands, which regulate various hormones and mood. In these areas, ethanol typically increases sexual arousal, but decreases a person’s ability to engage in sex. In the medulla, which controls automatic functions like breathing, consciousness, and body temperature, ethanol increases sleepiness, slows breathing, and lowers the body temperature to a point where it’s life-threatening.

Alcoholic drinks have varying amounts of ethanol. For example, 355 ml or 12 fluid ounces of beer typically contains 5% ethanol by volume,148 ml or 5 fluid ounces of wine has 12% ethanol by volume, and 44 ml or 1. 5 fluid ounces of 80-proof distilled spirits like gin, rum, tequila, or whiskey contains 40% ethanol by volume, all three of these alcoholic drinks therefore have about 18 ml of pure ethanol. Ethanol’s effects on a person are directly related to the blood alcohol content, or BAC, which is the percentage of ethanol in each volume of blood. BAC is affected by the amount of ethanol consumed as well as a person’s blood volume, which depends on their size and sex, as well as situational factors like how much they’ve had to eat or drink, what other substances or medications they may be using, and how well the body is prepared for the alcohol. At a blood alcohol content of 0. 0 to 0. 05%, people typically feel relaxed and happy, but might have slurred speech, and some difficulty with coordination and balance.

At a cellular level, there are a couple theories that explain why this might happen. One is that repeated exposure to ethanol may cause GABA, glutamate, dopamine, and serotonin receptors to become less sensitive to alcohol. Another is that neurons may remove these receptors from the cell wall in a process called down-regulation, leaving fewer receptors available for binding. In either scenario, tolerance leads to the need for higher and higher doses of alcohol, and often that tolerance stays for a long time even after decreasing alcohol use. Now, let’s say that you’re at rest, without alcohol or anything stimulating your reward pathway. In this situation, your brain keeps your heart rate, blood pressure, and wakefulness in anormal state, called homeostasis. Now, let’s say that your secret crush sends you a text. Suddenly you may feel sweaty and flushed, your heart rate may jump a bit. You’re now above your normal level of homeostasis, because something has changed, right? But it doesn’t stay that way for long, and after the text, your brain brings things backdown to this baseline.

With repeated alcohol use, a few things start to happen. Let’s say you drink at a specific time and setting, like 5pm in the kitchen, and, being depressant, it makes everything go slower, including heart rate, blood pressure, and wakefulness. Your brain, being the smart brain that it is, will pick up on that pattern for next time. Now, next time, at 5pm in the kitchen, the brain preemptively increases functioning, since it knows that when you drink the alcohol, everything’s going to decrease. Now, let’s say 5pm in the kitchen rolls around, but there’s no alcohol. In that situation, the brain still increases heart rate and blood pressure, but the changes aren’t countered with the effects of alcohol, and so the person can feel awful, and these are called withdrawal symptoms. These symptoms can persist, to the point where a person may need alcohol just to feel normal, and if that’s the case, they are dependent on alcohol. Now, on the flip side, let’s say that you use alcohol in an unfamiliar setting, like at a party at 11pm. Well in that situation, your body’s not ready for the alcohol and there’s no physiologic “counterbalance” to help offset the effect of the alcohol. When that’s the case, it can lead to overdose, even on a dose or amount that the person’s been normally taking, and that’s often what happens.

Symptoms of alcohol withdrawal include can include anxiety, depression, irritability, fatigue, tremors, palpitations, clammy skin, dilated pupils, sweating, headaches, difficulty sleeping, vomiting, and even seizures. A severe complication of withdrawal, called delirium tremens, can take place a few days into the alcohol withdrawal, and includes symptoms like a high fever, intense agitation, visual hallucinations, and even tactile hallucinations where it feels like something is crawling on the skin. These symptoms are so severe that they can lead to death. So, given how awful alcohol withdrawal can be, people will sometimes continue to drink simply to avoid them, a process called negative reinforcement. Negative reinforcement or drinking more to avoid discomfort, often combines with the positive reinforcement or drinking more to increase feeling euphoric and leads to alcohol addiction or alcohol use disorder.

The DSM-V (Diagnostic and Statistical Manual of Mental Disorders, 5th edition) defines alcohol use disorder as a maladaptive pattern of alcohol consumption that includes at least two of the following behaviors within the past year: 1. Consuming more alcohol than intended. 2. Being unable to cut down on alcohol use. 3. Having alcohol use take up a lot of time 4. Having cravings to use alcohol. 5. Having alcohol use affect responsibilities 6. Using alcohol even if it causes interpersonal problems 7. Giving up important activities in order to use alcohol. 8. Using alcohol in physically dangerous situations (like while driving). 9. Using alcohol even if it worsening a physical or psychological problem 10. Becoming tolerant to the alcohol. And 11. Feeling withdrawal symptoms from alcohol. Having 2 or 3 of these symptoms is considered mild, having 4 or 5 is considered moderate, and having 6 or more is considered severe. Even mild alcohol use disorder can be debilitating because of the negative effects it can have on a person’s ability to function at work or in relationships.

In addition, alcohol use disorder has serious long-term health consequences. Chronic alcohol use can damage the heart, causing dilated cardiomyopathy—where the heart muscle stretches out and like a large floppy sack. This also leads to other problems like arrhythmias or irregular heartbeat as well as strokes. Chronic alcohol use can also cause inflammatory changes in the liver affecting its ability to function. The complications include steatosis, steatohepatitis, fibrosis, and cirrhosis. Similarly, it can cause pancreatitis—inflammation of the pancreas. Alcoholism is associated with the risk of developing certain cancers, including mouth, esophagus, throat, liver, and breast cancer. Finally, it’s common to see vitamin deficiencies in those with alcohol addiction, largely thought to be due to having a poor diet. This can lead to problems like Wernicke–Korsakoff syndrome which results from thiamine deficiency in chronic users of alcohol, and causes problems like vision changes, ataxia, which is a problem with movement and balance, and an impaired memory.

Excessive alcohol use can also end a person’s life in an overdose, most often due to severe cardiac and respiratory depression, to the point where a person may lose consciousness and simply stop breathing. For individuals with alcohol use disorder, the most effective treatment is a combination of individual and group therapy. For example, motivational interviewing is an individual therapy that can be used to understand why an individual wants to stop using alcohol and identify specific barriers to treatment. Cognitive-behavioral therapy can help an individual learn about withdrawal, discuss the thoughts, feelings, and behaviors that lead to alcohol use, and create a plan to navigate triggers for use.

In addition to individual therapies, peer-support programs that use group discussions to help individuals commit to ending the use of alcohol as well as provide a space to hold each other accountable and build up their support groups. There are also medications for alcohol dependence, including naltrexone, acamprosate, and disulfiram, which work best in conjunction with therapy. Naltrexone is a mu-opioid receptor antagonist that blocks the euphoric effects of alcohol and feelings of intoxication. This can help people with alcohol use disorder reduce heavy drinking enough so that they stay motivated to continue treatment and avoid relapse. Acamprosate can be administered immediately following acute withdrawal, and reestablishes some of the GABA and glutamate pathways that are disrupted by alcohol. Finally, there’s disulfiram, which works by inhibiting the enzyme acetaldehyde dehydrogenase. In the body, alcohol is converted to acetaldehyde, which is then broken down by aldehyde dehydrogenase. So, when acetaldehyde dehydrogenase is inhibited, acetaldehyde levels build up and cause the effects of a “hangover” to happen immediately after alcohol is consumed, which decreases the likelihood that a person will drink alcohol again.

So in summary, alcohol consumption affects different neurotransmitters and neural systems in the brain, which produces impairment that is initially pleasant or enjoyable, but can become more problematic and unpleasant if drinking continues. Long-term use can cause tolerance which is the need for increasing doses to achieve the same effect, as well as dependence which is the reliance on the alcohol to function normally. The most effective treatments can include a combination of therapy and medications—with lot of love and support from family and friends.