Disorders of the Self

What It’s Like To Be A Highly Sensitive Person 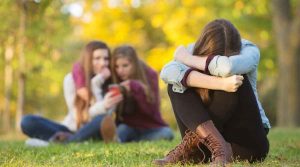 Many people use the phrase, “you’re being too sensitive”, as if sensitivity is a choice and it’s a bad one, that’s not what it means to be a highly sensitive person. Being a highly sensitive person has got to do with the nervous system that you’re born with, which comes from the genes you inherit from your parents. We all have a nervous system. It’s the thing that notices all the stuff happening both inside and outside of your body and it sends that information to your brain. It’s also what helps you sense and feel. So, when you feel, ‘brrr, it’s kind of chilly‘ or ‘ouch! that’s sharp!’ or ‘the noise is too loud‘ That’s your nervous system at work. It does way more than just break down your experiences into simple categories.

Depending on how sensitive your nervous system is, you may be able to break down your experiences into quite a few categories. So, not just between it’s not cold and it’s cold, but it’s cool, it’s chilly, it’s really cold, it’s freezing, and so on. Your nervous system also causes you to think about everything you’re sensing and to feel all your ups and downs in your emotions. When something doesn’t feel right to your nervous system, you go about trying to correct it by doing something like pulling away from something sharp or covering your ears if something is too loud or doing whatever you need to do to make yourself feel better emotionally as well.

Seems normal, right? It is unless you are among the up to 20 percent of people that have what’s called a highly sensitive nervous system. They feel and sense more, they taste and smell in greater detail, see in more detail, they think more and they feel stronger emotions. Being born into this population comes with a lot of advantages, but it also comes with a lot of challenges as well. You’re able to pick up on things that most people don’t pick up on, but you can also pick up on so much that it can get overwhelming at times. Just like everybody else, you won’t be able to function optimally when you’re overwhelmed.

When feeling overwhelmed and withdrawing from stimuli, most highly sensitive people may only partially understand your struggle and be quick to judge that you’re just weak or being selfish or difficult. Consequently, a lot of highly sensitive people grow up feeling like something’s wrong with who they are and a lot of them go through life outwardly pretending to be like everybody else. But nothing’s wrong with you. You’ve just got a different level of sensitivity.

For people with a highly sensitive nervous system or have a high internal locus of control, the advantages and challenges previously discussed, get even more magnified. Yes, you might be extremely detail-oriented, smart, creative, and empathetic, but you’re also more likely to have a greater level of anxiety around your own intense thoughts, emotions, and the world around you. Even if you grew up with intuitive parents who tried their best to steer you in the right direction, as a child, you probably opted for solutions that were immediately gratifying and, perhaps, not always the best in the long run. In the long run you’ve developed strong patterns that are difficult to break. That’s usually when, in your adult years, you realize that these patterns aren’t working for you, so you seek professional help to get your freedom back and learn better ways to deal with your challenges.

As a highly sensitive person, throughout your journey you may have constantly heard people saying, ‘you’re crazy!’ or ‘you’re too sensitive or ‘you’re so dramatic!’ So, it’s really hard not to believe that something’s wrong with you. But again, nothing is wrong with you. You’ve just got a different level of sensitivity that most people do not understand. Due to all of their challenges many highly sensitive people wish they weren’t the way they are. Many wish they could have been born just like everybody else. However, we’re not meant to be just like everybody else we’re meant to stand out and shine.