Disorders of the Self

What Is Drug Addiction? 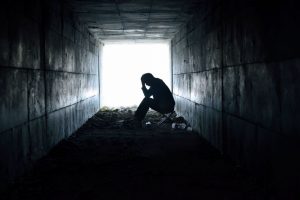 Why is addiction so rampant?  The illness of addiction is cunning, baffling & powerful.  The process of drug addiction can be so subtle, that by the time one hits the final stages of addiction, it may be hard to pinpoint at what point exactly, you got there.

Once drug use begins, the user maintains access to the substance and begins to use it more frequently as a positive reward system is set in place. The main goal is to regain the positive experience felt the first time drug use began. While this usage may be controlled at first, eventually it’s not. The rate of usage will increase proportionally with a newly forming tolerance. This begins drug addiction.  In a sense, drug use becomes a new hobby or obsession and begins to manifest itself in different aspects of a person’s life. Signs might include unexplainable change of temperament, mood, personality or habits, coupled with increased secrecy around behaviors.

Putting powerful drugs into one’s body causes chemical changes in the brain, which in turn alters normal functioning. Given time & increasing usage, the drug becomes a coping strategy, especially during stressful situations. This pattern is then set or hard-wired into the brain & body.  Drug addiction is a certainty when, after varying amounts of time without the substance or between periods of using, the brain & body experiences withdrawal symptoms. Nausea, insomnia, depression, and headaches are common. Once this begins and the drug is not presently available, obsession with the substance becomes a pattern as well. At this point, drug use usually intensifies in an effort to avoid withdrawal symptoms and mollify obsession.

The phenomenon of craving begins once addiction has taken hold. An individual with drug addiction may become irritable and start acting out in all sorts of ways, many quite alarming. Cravings can start to dominate thoughts, making it more difficult to concentrate and function.  At this point, a lot of time and energy of all sorts, focuses on the process or rituals surrounding gaining access to and using drugs.

Addiction is an illness which affects a person physiologically, psychologically and spiritually.  Whether subtle or overt, drug addiction can wreak havoc in all areas of a person’s life. In order to fully grasp an illness or disorder such as this, it is important to be armed with a few basic facts and then take action.