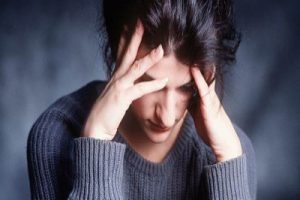 What most people know—or think they know—about attention deficit disorder, or ADD, is that it’s used to describe somebody who can’t stay focused…and when they REALLY can’t focus, they have attention deficit hyperactivity disorder, or ADHD. This continuum from onto the next isn’t quite how it works, though. ADD and ADHD are synonymous, as in, they’re the same. ADD’s an outdated term used prior to 1987, after which it evolved into ADHD to encompass more of the symptoms that people with ADHD often experience, which in addition to being inattentive, includes both hyperactivity and impulsiveness. So, somebody might be diagnosed with ADHD because they have symptoms related to not being able to pay attention, but they also might be diagnosed with ADHD if they have symptoms relating to being overly active and impulsive. They might also have ADHD if they have symptoms of both.

According to the diagnostic and statistical manual for mental disorders, the fifth edition, ADHD is split into these three subtypes: inattentive, hyperactive-impulsive, or both. Inattentive and hyperactive-impulse have a set of nine symptoms. For example, someone with the inattentive subtype might make careless mistakes, or not listen, or be easily distracted; and someone with the hyperactivity and impulsive subtype might fidget, or squirm around, or get up from their chair often. Now, you might be thinking that everyone fidgets now and then, right? Well a diagnosis is given when someone has 6 of the 9 symptoms for either subtype for at least 6 months. Most commonly though, children have symptoms of both subtypes and therefore have the combined subtype.

Since ADHD is considered a neurodevelopmental disorder, the symptoms also must have started between age 6 and 12, and the behavior can’t be appropriate for their age. Alright, but what causes someone to be hyperactive, or impulsive, or inattentive? Well, as you might guess, it’s complicated. . . and we don’t really know, probably a lot of different factors, and ultimately, they all fall into some combination of environmental and genetic factors. One interesting clue to a genetic component of ADHD is looking at families—for example, a child with a sibling that’s been diagnosed with ADD is more likely to develop it themselves. Furthermore, if those siblings are identical twins, meaning they have the same DNA, their chances of developing ADHD are considerably higher.

Having identical DNA doesn’t mean that the twin is going to develop ADHD, though, which again, suggests that both genetic factors and environmental factors play a part. As to a specific gene, it’s probably not one single gene that leads to ADHD, but rather multiple genes that determines how severe their symptoms are. These genes likely influence the production or regulation of the brain’s neurotransmitters, which are signaling molecules in the brain that are released by one neuron, and received by receptors of another neuron. This movement from a neurotransmitter from neuron A to neuron B is basically a message being relayed—it’s like the neurons are talking. Dopamine is a specific neurotransmitter that gets released when the brain’s involved with behaviors like getting a reward, taking a risk, and being impulsive. Norepinephrine is another neurotransmitter involved in attention and arousal.

It’s thought that lower amounts of these two neurotransmitters floating around contributes to symptoms of ADHD. The reason why these neurotransmitters might be down in the first place is still not well understood, and research remains ongoing. Treatment for ADHD can be tricky, since symptoms may vary from patient to patient, although it most often involves either behavioral psychotherapy, medication, or both. Behavioral psychotherapy is often targeted at children, and focuses on teaching the child better time management and organizational skills. For example, having structured routines that they can follow and then giving rewards when they stick to the routines. Also, involving both parents and teachers are important, and both behavioral parent training and behavioral classroom management have been been shown to be helpful for children with ADHD.

For adults, behavioral psychotherapy might focus on ways of decreasing distractions and improving organizational skills. If medications are prescribed, typically the first-line options are stimulants. Since it’s thought that low levels of neurotransmitters are involved in ADHD, stimulants are used because they tend to increase the number of neurotransmitters, like dopamine, between neurons, therefore reducing symptoms. Common and well-known ADHD medications are molecules that are chemically like illicit stimulants like methamphetamine, but there are some key differences to keep in mind here. All these chemicals help to increase the release of dopamine from neuron A, but the ADHD medications typically cause a slow release of dopamine, whereas illicit stimulants like methamphetamine cause a fast release of dopamine. In fact, it’s this incredible surge of dopamine that disrupts normal communication between neurons and produces euphoria, and is the reason that illicit substances like methamphetamine are highly addictive. In contrast, the slow and controlled release of dopamine caused by ADHD medications is key, and helps a lot of patients improve their focus and attention.