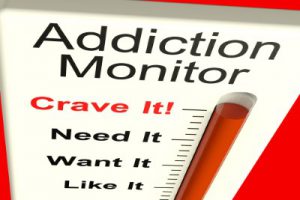 Marijuana, or cannabis, is one of the most popular psychoactive substances worldwide, especially among teenagers. Although the specifics of cannabis’ addictive qualities are still very much under debate, Cannabis Dependence Disorder is officially classified in the DSM-V and prolonged, heavy use has been shown to cause some level of dependency. Cannabis comes from the flowers of Cannabis sativa plants, which has oils with concentrations of tiny, fat-soluble, psychoactive molecules called cannabinoids. The three main cannabinoids – tetrahydrocannabinol (also called THC), cannabidiol (also called), and cannabinol (also called CBN) are each associated with unique psychoactive effects. For example, THC is associated with high-grade recreational marijuana, and produces effects, like euphoria, analgesia, mild hallucinations, and an increased appetite. Cannabidiol on the other hand does not have psychoactive effects and is commonly included in medical marijuana because it has a variety of effects including being analgesic, anti-inflammatory, anti-seizure, appetite stimulating, and anxiety-reducing. To understand how cannabis works, we can look into a synapse of the brain to see how stimulus response is induced generally, without drugs. Normally, electrical signals, or action potentials, travel down the axon to the axon terminal, triggering the release of chemical messengers called neurotransmitters from synaptic vesicles into the synapse. The neurotransmitters travel across the synapse and bind to receptors on the postsynaptic neuron, where they give the cell a message. After the neurotransmitters have done their job, they unbind from the receptors, and can simply diffuse away, get degraded by enzymes, or get picked up by proteins and returned to their release site in a process called reuptake.

Cannabinol binds to cannabinoid receptor type 1, slowing down activity in those parts of the brain, which results in mild hallucinations, decreased stress, impaired learning and memory, altered movement and coordination, increased appetite, and analgesia. Activation of the cannabinoid receptor type 1 also activates the body’s endogenous opioid system, releasing dopamine into the nucleus accumbent to produce feelings of pleasure and reward, which explains why the pathway can be addictive. In contrast, cannabinoid receptor type 2 is found on immune system cells and peripheral nerve terminals. Cannabidiol binds to cannabinoid receptor type 2, inhibiting their activity and producing-inflammatory and analgesic effects. THC, on the other hand, can bind to both cannabinoid receptor type 1 and cannabinoid receptor type2 and therefore has a wide variety of effects. Now, the pharmacokinetics of cannabis differ depending whether the cannabis is smoked or consumed orally. Most of the recreational user’s smoke cannabis via rolled cigarettes called “joints”, as well as in pipes, or with vaporizers. The cannabis in a joint contains a compound called tetrahydrocannabinol acid, which must be heated to become psychoactive THC. The process of heating destroys about a third of the THC, and more is lost with exhalation and side stream smoke – which is the smoke that leaves from the end of the cigarette or pipe. So only a fraction is inhaled and absorbed into the lungs. Inhaled THC goes from the lungs to the bloodstream within minutes and gets into the fatty tissues of the brain and body where it can accumulate. That’s why the effects of smoking cannabis can be felt within minutes and can last several hours.

“Edibles” on the other hand are consumable products that contain cannabis, and they also must be heated to transform tetrahydrocannabinol acid into psychoactive THC. When a person consumes an edible, digestive enzymes break down most of the THC leaving behind only a portion of the THC to get absorbed into the bloodstream. Blood from gastrointestinal tract gets delivered to the liver, where THC gets metabolized, and it leads to the formation of 11- hydroxy-delta-9-thc. This is a psychoactive metabolite even more potent than THC because it can more easily penetrate the blood-brain barrier. This largely explains why individuals who consume cannabis rather than smoke it, experience more intense psychedelic symptoms. Alright, let’s step back for a second – and say that you’re at rest, without anything stimulating your reward pathway. In this situation, your brain keeps your heart rate, blood pressure, and wakefulness in anormal state, called homeostasis. Now, let’s say that your boss sends you a text. Suddenly you may feel sweaty and flushed, your heart rate may jump a bit. You’re now above your normal level of homeostasis, because something has changed, right? But it doesn’t stay that way for long, and after the text, your brain brings things backdown to this baseline. With repeated cannabis use, a few things start to happen. Let’s say you smoke or ingest it at a specific time and setting, like on the porch at 6pmafter dinner. You then start to feel a little sleepy, but you’re also still hungry, and maybe a little anxious about work or school tomorrow, so you grab an after-dinner snack, tune into TV show, and zone out until you fall asleep. Now, your brain picks up on that pattern! Next time at 6pm on the porch, your brain reminds you of the great time you had last night eating chips and watching Netflix in bed while you were high, making you want to do it all over again. Now, let’s say that your 6pm after-dinner porch time rolls around, but you don’t have any cannabis. In that situation, you’re still anxious about work tomorrow, but you have no cannabis to distract you and make you feel tired, so you can’t sleep, you feel irritated, and end up feeling even more anxious than you did the past couple of nights when you were able to smoke.

When you stop using cannabis, you may experience mild withdrawal symptoms like cravings, irritability, anxiety and difficulty sleeping. These symptoms, though, aren’t lethal because there are very few cannabinoid receptors in the brainstem, so respiration and vital signs are unaffected by cannabis use, but they can be uncomfortable. Discomfort and craving could make you want to smoke again, and lead you to develop that pattern of problematic use and dependence. Teenagers have a particularly high risk of developing cannabis dependence, because the developing brain’s reward centers are more sensitive to the rewarding effects of cannabis. Remember, neurons that fire together wire together: people who use cannabis heavily from a young age will end up with different reward pathways than those who don’t. Problematic cannabis use and dependence are characterized by behaviors like smoking more often or for longer than you intended, being unable to cut down, spending excessive time finding or using the drug, and craving cannabis. You might also have a problem if your use negatively affects your ability to work, got school, stay physically safe, or have a positive home life and healthy relationships, especially if you continue to use despite having those problems. Finally, you might be dependent on cannabis if you develop tolerance to its effects and need more to feel “high,” or if you experience withdrawal symptoms.

Severe cannabis dependence has been associated with the development of anxiety and depression, as well as psychotic disorders like schizophrenia. It is difficult, though, to establish causality and it’s also possible that individuals already predisposed to mental health problems, may be using cannabis to self-medicate. Research into the long-term physical effects of cannabis is also ongoing, and there seems to be an association between smoking cannabis and hyper-inflated lungs, chronic bronchitis, and an increased risk of respiratory infections like pneumonia, as well as a tentative association with heart attacks and strokes. Cannabis dependence is largely focused on reducing usage – often through a combination of medication and treatment. One medication that helps with symptoms of cannabis withdrawal is an anti-anxiety medication called Buspirone. Most behavioral treatment involves individualized psychotherapy or group programs. One specific technique is called motivational counseling which is a goal-oriented counseling style helps individuals explore and resolve their ambivalence about a behavior. As a quick recap, the THC in cannabis mimics naturally-occurring endocannabinoid neurotransmitters, and creates positive reinforcement of usage through feelings of euphoria and negative reinforcement of use through withdrawal symptoms when usage is stopped. Long-term use can in rare cases lead to dependence, which is the reliance on the cannabis. The most effective treatments involve behavioral therapy—with a lot of love and support from family and friends.