How To Deal With A Narcissist

Is The Alcoholic Brain Different? 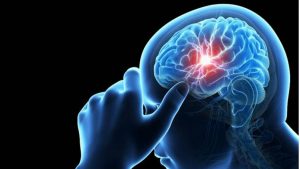 Drinking on a Monday morning doesn’t make you an alcoholic, but science is working on understanding the thing that does. Alcoholism may be a downer of a topic, but it’s important to understand how addiction is formed and reinforced. As we’ve learned more, the idea behind addiction has changed. In the early 20th century, addiction was thought to stem from a lack of willpower, but as medical technology advanced and we began to understand how physiological addiction worked, the idea of addiction changed. The pervading wisdom today is addiction is created in the brain because drugs, like alcohol, override the brain’s reward center called the limbic system.

According to the current model, the delivery of dopamine from the limbic system reorganizes a healthy brain into a drug-addled brain. The drug initiates a coup of the executive function — people with addiction are physiologically unable to abstain from their habit. Their brain has to get them high. Most of the literature calls it a hijacking. This is where people get the idea of drugs being super addictive even with only one use. The problem is, scientifically, there’s not a lot of evidence for this. In reality, two people could both use heroin once, and one will go on with their life and be fine, but the other might seek it out again and again.

One recent study finds a small part of the brain might be a major trigger for alcoholic or addictive behavior in rats. The lateral habenula is deep in the middle of the brain, and when the rats had theirs selectively destroyed — they could no longer tell if the decisions they were making were harming themselves or others. Basically, they’d lost the ability to feel the consequences of their actions. Rats were given the option to enjoy a 40-proof alcoholic drink, and water. They chose the alcohol thanks to the lovely dopamine wave that comes with being drunk. But, once they were drunk, they didn’t stop drinking it, they didn’t moderate their behavior, and once they’d sobered up enough, they went right back to it.

The researchers believe the lateral habenula could be responsible for the internal monologue which asks, ‘How bad was my drinking last night? I should back off for a while, I need to make sure this isn’t a problem.’ According to this new study, addiction isn’t solely about the brain’s reward center, there’s also an internal moderation of the effects of that reward. They’re not saying individuals with a bad lateral habenula are alcoholic or addicts; rather that with more information, a genetic profile could be established and we could tell who’d be in a high-risk group for addiction. That information could help people and their families make responsible life decisions.